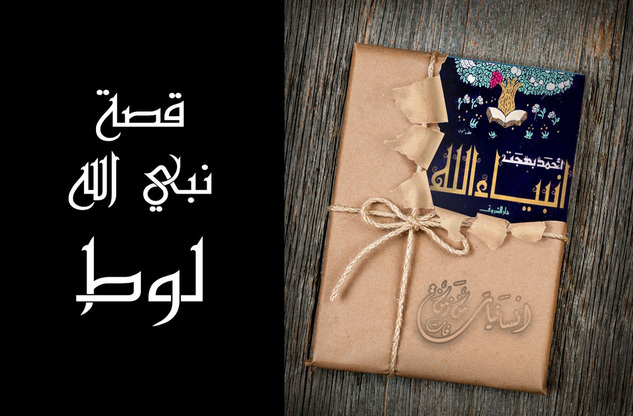 God sent all the Prophets to their people with one message, to worship God alone and not to associate anything or anyone with Him. However, God sent Prophet Muhammad to all of humankind. Although his message was the same, he came with a new law, one to cover all people, in all places, at all times, even into a distant future continuing to the Day of Judgement. The revelation of different chapters of Quran was often in response to a particular event or experiences of the Prophet and his followers. The stories in the Quran teach lessons, provide the historical background of humankind, and demonstrate the nature of God. The story of Prophet Lot is one that is particularly pertinent in the 21st century.

In many cities across the world, it is unsafe to walk down the streets, even in daylight. Murder is rife, identities stolen, and drugs abound. Nowadays most children in high school have already encountered drug users and sellers. Alcohol is freely available at corner stores, even though it is responsible for the break up of families, domestic violence and the corrosion of society. Paedophilia is rampant, as is child pornography and human trafficking. Degenerate lifestyles are accepted and even thought of as normal. This description paints a picture of a scary, out of control world, but is it really so different from the time of Prophet Lot?

The people of Lot lived in a society very similar to our own. It was corrupt, the people had no shame, criminals and criminal activity abounded, and those passing through the town of Sodom risked robbery and physical abuse. The overall atmosphere of the town was not one of a cohesive society. The people of Lot were without morals, without standards and without shame. The homosexuality that abounded did not exist in a vacuum, it was part of a lifestyle that not only allowed, but also encouraged vice and corruption. It was to this town that God sent Prophet Lot; his message was to worship God alone. However, embedded in worship are the desire and the willingness to obey God’s commandments? The people of Sodom were content with their corrupt ways and had no desire to curb them. Lot became an annoyance and his words were ignored.

“Will you not fear God and obey Him? Verily! I am a trustworthy Messenger to you. So fear God and obey me. No reward do I ask of you for it (my Message) my reward is only from the Lord of all that exists.” (Quran 26:161-164)

In the last 20 or 30 years, it has become common to talk of homosexuality as a natural way of life, however according to God’s law and in all three heavenly religions, (Judaism, Christianity and Islam) this is not acceptable. The new idea that homosexuality is somehow genetically determined is also rejected by Islam. Quran clearly states that the people of Sodom were the first to practice this sexual aberration.

“Do you commit such immorality as no one has preceded you with from among the worlds [i.e., peoples]? Indeed, you approach men with desire, instead of women. Rather, you are a transgressing people.”

The people of Sodom had reached such a level of degradation they no longer had any shame. They would commit their unnatural acts in public or in private. Satan was amongst them, and as is his way, he made their actions appear fair and wholesome. When Lot insisted they change their evil ways, they wanted to drive him out of town, as if by calling to purity, he was the one committing a great sin. The people of Sodom said to Lot, “If you cease not, O Lot! Verily, you will be one of those who are driven out!” (Quran 26:167) Lot openly expressed his anger and fury at the evil deeds and unnatural acts and called on God to save him and his family from the evil of the people of Sodom.

In another part of the world, Prophet Abraham, the uncle of Prophet Lot, received three guests. Known for his generosity, Prophet Abraham roasted a calf but to his dismay, the guests refused to eat. This was very unusual. Travellers are usually hungry and the fact that these guests refused his generosity made Prophet Abraham very uneasy. The guests saw his uneasiness and tried to put his fears to rest. They said, “Do not be afraid!” (Quran 15:53) His fears allayed, Prophet Abraham asked his guests what business had bought them to his town. They replied, “We have been sent to a people who are criminals, disbelievers, polytheists, sinners”. (Quran 15:58)

The people of Sodom had become corrupt, believing their evil ways were acceptable. Unfortunately, in the 21st century we have become so accustomed to evil and ignorance we are no longer able to respond in the correct manner. We make excuses and try to justify evil behaviour but the fact is, when people continuously, and openly disrespect and disobey God we should be outraged. The angels took their leave from Prophet Abraham and made their way to the city of Sodom, in search of Prophet Lot and his family.

The Story of Jesus in Brief

The Story of Noah Part 1